Written by Jeff Warren Published on January 12, 2020
Disclosure: “As an Amazon Associate I earn from qualifying purchases” 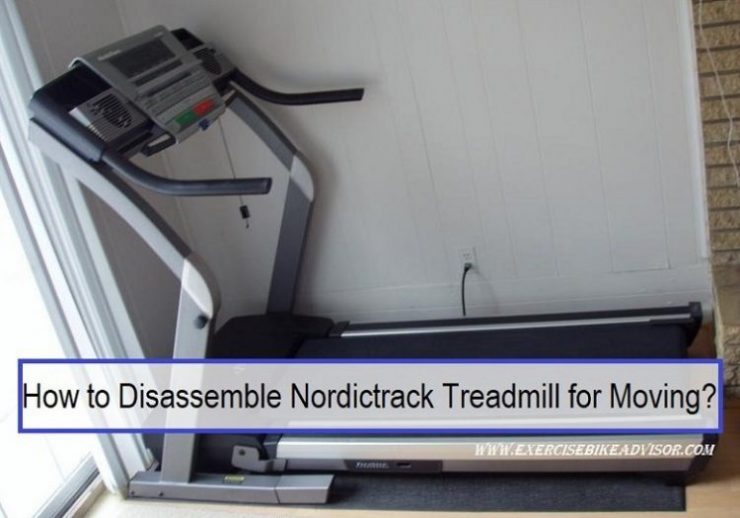 If you are planning to move or transport, you’re your NordicTrack treadmill to a different place, then you already know that you need to disassemble it. There are several ways of disassembling your treadmill, but the fact is fewer people know them. If you are reading this, then you might be part of those who are wondering how to disassemble NordicTrack treadmill for moving. But don’t worry because we have a solution for you.

But also these models can be fully disassembled storage. More importantly, the process of removing console is necessary for those of you who might be moving the console for servicing.

So,here are the steps on how to disassemble a NordicTrack treadmill.

How to disassemble a NordicTrack treadmill?

When disassembling the NordicTrack treadmill, the first and the primary step involves removing the console. After that, you can head into opening the side post. But, do you know how to remove the console? If no, then here is a guide for you.

How to remove console in NordicTrack treadmill step by step

The first, basic, and essential step when removing a console is unplugging the treadmill from the power source.

After unplugging it, search for a two-piece wire (console wire) that is found near the left handrail behind the console. After finding it, you can then pull the two pieces apart to disconnect them.

The next step is disconnecting the grounding wire from the treadmill. This is a thin wire that protrudes from a hole in the middles and behind the NordicTrack’s console.

The next step involves detaching the console from the treadmill. To do this, you will need to have a Phillips head screwdriver, then locate and remove the six screws that hold the console. In most models, for instance, the Nordic Track C900 treadmill, the six screws are separated into three. Two in the middle, two on the left side, and two on the right side of the console.

After completing all the steps above, you can then lift the console off the support frame.

Remember, there are different models of the NordicTrack treadmill; this means the standing frames will be a bit different. So, what you will do here is that you will start by removing the wires that you disconnected from the console and store them carefully.

Then remove the bolts holding each upright. The bolts are around 8 in total, and when after removing or loosening them, ensure that you store them in a safe place. Find a protective material and use it to wrap up the upright. After doing this, you will remain with the base of the treadmill alone, which you cannot disassemble. Also, find a protective material –which can be blanket or anything, and use it to wrap the entire treadmill base.

Note: When moving the treadmill base or other treadmill parts,don’t place anything on top of them. This is important to avoid any damages on your NordicTrack treadmill. Another thing is to checking the belt tracking and ensuring that the treadmill is level while reassembling it.

How to move a NordicTrack treadmill?

After disassembling and/or folding your NordicTrack treadmill, you will probably like to move it, but do you how to do it? Don’t worry; let me show you how.

Keep in mind that before moving your treadmill, the treadmill should be in storage or transportation position. After that, you can then start by

How to unfold a NordicTrack treadmill?

Let us see how to unfold NordicTrack A2750 PRO:

First, you should try to find someone to help if possible. Start by holding tightly at the top end of the treadmill. Then try slightly pushing it forward while you while pulling the latch knob on the bar towards your right side or left side (Depending on the arm you are using) and hold it there. You can then support the deck downwards, then release the latch knob and slowly lower the deck.

That is all! Remember, the importance of having someone help is to avoid hurting your back since the treadmill is heavy.

The Nordic track is known to be making a wide range of treadmills that are suitable for both commercial and home use. Therefore, it essential to know how to operate them, whether it is how to disassemble, assemble, move, or fold and unfold all are important.

This Is Jeff Warren founder of Exercise Bike Advisor. I know well about Exercise Bike, Spin bike, Recumbent bike, Upright bike, Cardio Equipment's brands as well. That's why I decided that to share my knowledge with others. My main goal is to help the people who are really health conscious and keen to stay fit all the time.

2 thoughts on “How to Disassemble Nordictrack Treadmill for Moving?”